the Presbyterian Church of Coraopolis

To everyone who has faith or needs it, who lives in hope or would gladly do so, whose character is glorified by the love of God or marred by the love of self; to those who pray and those who do not, who mourn and are weary or who rejoice and are strong; to everyone, in the name of Him who was lifted up to draw all people unto Himself, this Church offers a door of entry and a place of worship, saying ‘Welcome Home’!

Please join us during worship 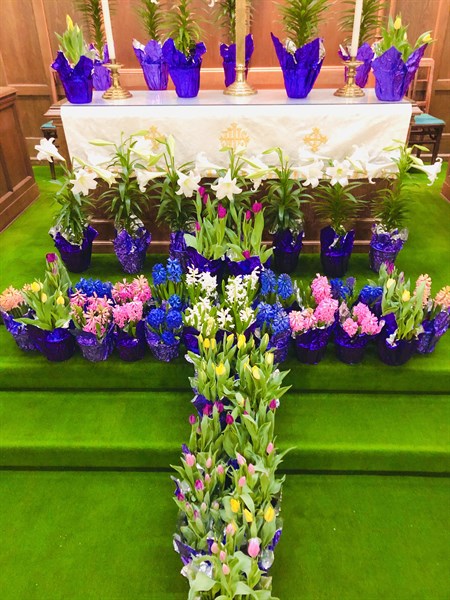 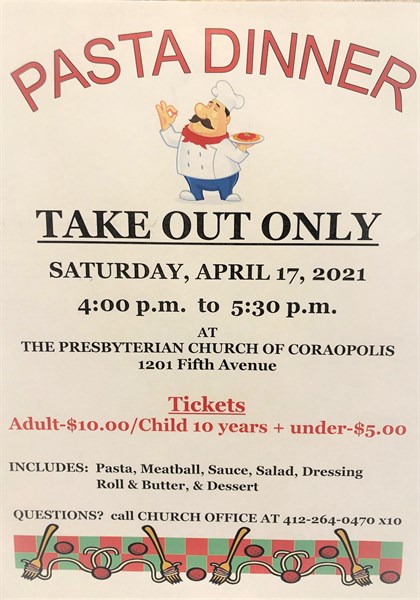 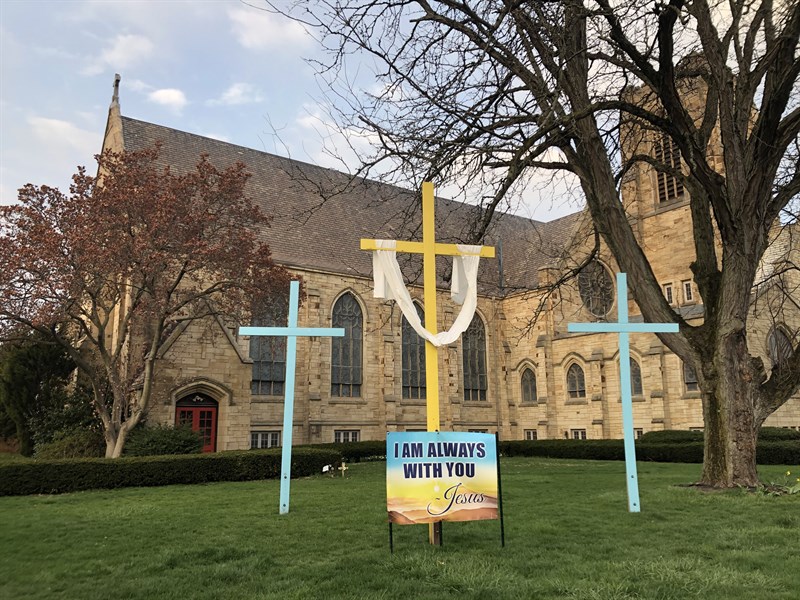 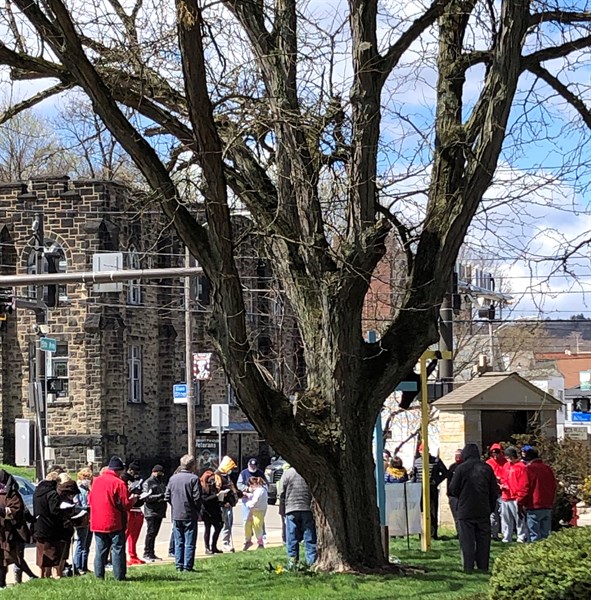 The latest Sermon from Reverend Tom

Prayer For Illumination: God, source of all light, by your Word you give light to the soul.  Pour out on us the spirit of wisdom and understanding that our hearts and minds may be opened.  Amen.

Thomas was a ‘lost soul’ for a while.

When we come to church on Easter Sunday, typically we share in a litany that is an age-old and time-honored greeting…it goes like this:

“The Lord has Risen,” and the people respond: “He has risen indeed!”

When Thomas was told “The Lord has risen,” his response was, “No way!”

Thomas had his reasons for doubting, for questioning, for feeling ‘lost.’

We need to remember when dealing with ‘lost souls,’ they, too, have their reasons.  We may not ‘agree’ with their reasons for feeling lost, yet they remain within the heart and soul of the individual experiencing ‘loss.’

Jesus helps to restore the lost.  As his disciples and faithful followers, we also are to help with restoring the lost.

We use the word ‘lost’ in lots of different ways.  It can mean you’ve misplaced something that was in perfect working order; it’s just that you can’t find it.  We’ve heard of folks who ‘lost’ their life savings in the stock market crash.  That does not mean it was misplaced, and it will someday be found.  It means it’s gone…forever!

Dreaded are the words in the Emergency Room when the doctor comes out to the waiting family and says, “We are so sorry, we did all we could, but we lost her!”

In Massachusetts there is a list of names in an old whaling town under the title, “Lost at Sea.”  They aren’t misplaced.  They are gone forever.

“Loss” can feel like forever, especially so if it’s you going through it.  Yet ‘loss’ is further experienced by those who are striving to restore some lost soul.

A much-referenced story from the Bible regarding the ‘lost’ being restored is that of the Prodigal Son.  The son, that boy emphasized one portion of his life primarily so over the other equally important parts and for a time was ‘lost.’  It seems as though that prodigal child emphasized a blunt disregard for family ties, for spiritual integrity, and even for his own physical well being.  When he finally ‘comes to his senses’ and humbles himself to his father and his family, notice the dad’s response.  His words have depth of meaning for how we, too, may endeavor to restore the lost among us. The father of that Prodigal Son says, “This my son was dead, and is alive again; he was lost and is found.”

Folks, when the ‘lost’ find their way back home again to God, to church, to family, to us, even to their truest ‘self,’ it’s nothing short of a miracle!

Easter was a miracle!  You just don’t think much about Good Friday when Easter comes. Typically it’s kind of like we are saying, “Ok, so Good Friday happened.  Yes, Jesus died upon the cross, but NOW He is alive.  He has risen from the dead.  So whatever fear and ‘loss’ you may have been feeling, ‘Get Over It!’

Loss remained ‘real’ to Thomas.  Loss, which many experience today, occurred for reasons.  While we would like to simply advise folks to ‘get over it,’ their ‘loss’ remains real to them.

‘Loss’ is usually a pretty ‘heavy’ reality that effects people’s lives.  Sometimes briefly, at other times long term.  Jesus’ disciples were fearful.  So much so they locked the doors in the room where they met.  Seeing someone you love suffer so much and die a cruel death was overwhelming.  Going to an empty grave a few days later and being told by some of the women that He had risen was bewildering to them.  They just could not ‘wrap their heads’ around these events.

Jesus Christ seeks to restore the lost. He is God’s Son.  He is our Savior. Jesus comes to them.  Locked doors do not shut him out.  Not their doors nor ours. Not the physical doors to a building, nor the doors to our hearts, nor the barriers from our minds, nor the obstinacy from our very souls!  No matter how difficult our pain and hurt may be, regardless of how ‘determined’ we remain to ‘hold on’ to what bothers us the most, Jesus comes, for He IS Lord and Savior to one and all.  He comes with this simple, serene, and abiding message if we will but choose to hear:  “Peace be with you.”

To restore the ‘lost’ follow the example of Jesus Christ.  Be a presence.  Offer them peace.  Everyone needs something and someone strong, reliable, and trustworthy to believe in.  Especially so when they are ‘lost.’  For the Prodigal Son it was acceptance, forgiveness, embrace, and love.  A ‘restoration to integrity.’  Remember that Prodigal Son had some ‘work’ to do.  He had to come to the end of his rope, hit rock bottom, acknowledge his difficult state, humble himself, and reach out for help.  For those disciples they just sat there trembling in fear.  Thomas needed some substantial ‘proof.’

‘Loss’ takes many forms and may require a myriad of responses.  Some of the basic guidelines from Jesus include, ‘being present,’ ‘providing ‘peace,’ and offering some ‘proof’ that everything is alright or getting better.

During Jesus’ earthly ministry, numerous times, people asked Jesus for ‘proof’ of his identity as the Messiah, Son of God, and regarding His spiritual authority.  Most often he refused to comply with their wishes or demands.  Jesus’ response to Thomas though is different.

Thomas was skeptical.  Lost souls most often are.  As a matter of fact, Jesus had taught his early disciples to have a healthy sense of skepticism over and against those who would say they had seen the messiah here, there, or somewhere else.  Or of those who ‘laid claims’ to ‘special insight’ into Jesus or the Father.  So it is when the risen Jesus finally shows up in person to Thomas, Jesus does not scold him, but simply offers Thomas the proof he demands.

In similar fashion when you or I strive to restore some lost soul, offer them patience and confirm the best ‘proofs’ you have and they may need.

Some folks don’t move quickly nor ‘bounce back’ readily so from their Good Friday experience to Easter, resurrection, hope, and adjustment to new life.  Even if that new life is a better life.  Sometimes folks are ‘stuck’ in their past, in what causes them to feel and remain ‘lost.’

Notice too from Jesus’ example. He doesn’t just offer ‘proof’ nor answers and insights to Thomas who was lost.  Jesus doesn’t ‘sugar coat’ things.  The hurt, the wounds, the disgrace, and harshness of Jesus' anguish are still evidential.  He invites Thomas to ‘see and touch’ his wounds, his hands, his side.  “Here’s proof Thomas.”  “See for yourself!”

Not everyone in life gets what Thomas got that day for restoring one’s self from loss.  Some folks believe from seeing.  Others ‘see’ from believing.

Those ‘other’ disciples dealt with their loss ahead of Thomas.  After they made their report to Thomas of what they had experienced with Jesus, surely they would have assumed Thomas would join them in their happiness, peace, and restoration from such terrific loss.  But he doesn’t.  Emphatically so, he demands proof.  Those early disciples may have tried to be convincing, patient, and assuring to Thomas, but it wasn’t working.  Thomas wasn’t ‘getting it.’  I trust those disciples had to come to the reality, pretty quickly so, that they could not help Thomas and restore his lost soul.  So they chose to do what you and I and all believers need to do after we’ve tried everything we can.  They prayed.  They prayed for God’s strength, insight, solutions, and possible answers.  They prayed for divine help.  They prayed for something else, something we still sometimes ‘miss’ as we seek to help restore the lost.  They prayed what Paul wrote of in his spiritual guidance to young Timothy. Paul advises us to lift up to heaven petitions, prayers, intercession, and thanksgiving for all people.

An ‘illustration’ may help at this point. There is the true story of a mother who prayed 17 long years for her son who was ‘lost’ from faith.  Her two other children were close to God and lead sincere Christian lives.  But not this one boy.  She prayed and prayed, many times to the point of tears.  She ‘turned him over to the Lord’ on many occasions.  Eventually that son did ‘come around.’  His name was Augustine.  You know him as St. Augustine.

Sometimes darkness invades our lives, and we become lost.  Sometimes we bring the darkness on ourselves.  Do your best to practice the patience of Christ and the wisdom that comes from God’s Holy Spirit as you share in this dimension of God’s work; restoring the lost.  There is not one simple formula that fits all.  Glean from the Bible, learn from experience, and pray for the Holy Spirit to inspire you and those suffering loss.  A very fair prayer becomes that of “Lord, open the minds, soften the hearts, send help to the one who is lost.”  Remember, there is no magic, nor instantaneous answer in most scenarios.  Be careful that you don’t become too ‘pushy’ in your endeavors to help restore the lost; I find that sometimes makes the lost soul all the more determined to prove you wrong and for them to persist on their dark endeavors.

I’ve witnessed people coming back to church following many years of absence.  As a matter of fact, I’ve seen and experienced the resurrection in some pretty unique, yet sincere ways.  The resurrection of Christ in our lives surely does help in restoring the lost.  We are part and parcel of His creation.  Whatever, whoever, and whenever causes us to become ‘lost,’ Jesus Christ paid the price to buy us back.

He did so for Thomas; he will certainly do so for us. His resurrection remains real.

So much of the time the signs of resurrection are so slight as to be imperceptible.  But God's resurrecting activity is ongoing. Its timetable may vary, but God's intent does not.

We weren't there for the first Easter -- only a handful was.  But like Thomas, we didn't have to be.  Easter is for Thomas -- the Thomas who lives in me and you, too.  We have had, and will continue to have, moments when the presence of the risen Christ is made known to us; and like Thomas, we will only be able to say:  "My Lord and my God!"

Read more Sermons from the Reverend